Have your investments been Trumped by the US election result?


Following the arrival of Donald Trump, the direction of the US government has changed from what Hilary Clinton was offering.

Quite what the new direction is remains unclear. 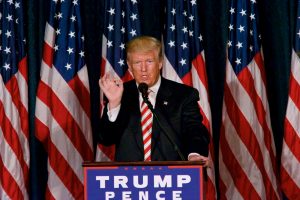 On the one hand, the president-elect has said he will cut taxes for both individuals and companies. US corporation tax could fall from 35% to 15%, with a special 10% rate to encourage the likes of Apple and Microsoft to repatriate profits currently stockpiled overseas. Mr Trump has also spoken about boosting investment in infrastructure, by way of tax credits rather than direct government investment. The consensus is that both measures would be good for growth, which helps explain why the US stock markets rallied after the election result.
On the other hand, the cuts to tax and infrastructure boost appear to be relying upon increased government borrowing for finance rather than reductions in other government expenditure. That has already pushed up yields on US government bonds sharply, helped by an expectation of growth-induced higher inflation. An increase in short term rates from the Federal Reserve at its mid-December meeting now looks very likely.
For investors, there are big question marks about what Trump will do on trade and regulation. Nobody knows how much of the campaign rhetoric will be translated into reality once President Trump enters the White House in mid-January – the famous wall has already acquired sections of pure fence in post-election interviews.
In such difficult circumstances, there is a case to be made for choosing actively managed funds rather than their index-tracking counterparts, whether focused on the US or elsewhere. Skilled managers can react as evidence emerges of the new US environment, whereas adjustments to index funds are only made when the index constituents themselves change.