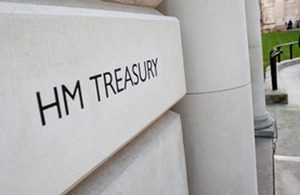 There will be no Spring Budget this March, but that does not mean the Chancellor is staying silent.

On 13 March, the Chancellor will present a Spring Statement to the House of Commons, not a Budget. The next Budget should be in the autumn, probably November. The rationale for the revised schedule is to give more time to develop legislation and avoid the situation of changes taking effect from 6 April, but not reaching the statute book until three months or more later.

This problem was made worse in 2017, when the snap election meant most of the March Budget measures were put on hold. Some that took effect from 6 April 2017 – such as the reduction in the money purchase annual allowance – were in a Finance Act that only received Royal Assent on 16 November.

Despite the new schedule, there seem to be plenty of people expecting a Spring Budget in March, perhaps because 2017 was an unusual year – with two budgets and three Finance Bills. However, 2018 should be much quieter on the tax front (assuming there is not another surprise election).

Whilst there is no Budget there may still be changes announced on 13 March that have immediate effect. Few Chancellors can resist the opportunity when they are in the parliamentary spotlight. Mr Hammond’s predecessor was a classic example, as some of George Osborne’s Autumn Statements were more like Budgets than the real thing.

If you are considering year end tax planning, then it could make sense to complete any transactions before 13 March. If you need of assistance in that planning, you should contact us as soon as possible.

The value of tax reliefs depends on your individual circumstances. Tax laws can change. The Financial Conduct Authority does not regulate tax advice.