State pensions are up for review…again!


The pension system used to be simple and clear: men could draw their state pension from age 65 and women from age 60. This all changed in the mid-1990s, due to the Pensions Act 1995 which increased women’s state pension age (SPA) to 65 from April 2010. 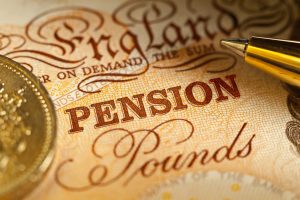 Twelve years later, the Pensions Act 2007 took the next step of increasing the equalised SPA to 66 between April 2024 and April 2026, with another nudge up of one year per decade thereafter, so that by April 2046 the SPA would be 68.

In 2011 another Pensions Act brought forward to October 2020 the increase in the SPA to 66. To smooth the transition, the Act also controversially shortened the phasing period for equalisation, so that womens’ SPA became 65 from November 2018 rather than April 2020.

In 2014 yet another Pensions Act moved the goalposts for the SPA of 67, which will now be phased in between April 2026 and April 2028, eight years earlier than the 2007 Act had envisaged.

Confused? Cynics might suggest that was the plan. However, if you want to know what your SPA is under current law, then the easiest way is to visit www.gov.uk/state-pension-age. The answer might surprise you, but it is not necessarily what your eventual SPA will be.

The uncertainty stems from an independent review on the future of state pensions, commissioned by the government, the first stage of which was published for consultation last month. The review was carried out to meet a legislative requirement for periodic assessments of SPA and related matters. As such it raises a variety of issues, such as the differences in life expectancy between regions, localities and socio-economic groups and the practicalities of early or differential SPAs.

There are no specific recommendations, but instead a list of 26 consultation questions. The nearest the review comes to suggesting when SPA should move to age 68 is to refer to the Office for Budgetary Responsibility’s estimate that this should be “by 2041”, seven years earlier than currently legislated for.

Of course, you do not have to wait until your SPA to retire, but if you want to stop work earlier – or just have the option to do so – you’ll need to have adequate private pension or other investments in place.

To speak to our team regarding your pension and what steps you can take to maximise your future income, call us on 01244 539 59