2017 to start with the rise of deposit protection limits


2017 will make the protection of large deposits easier thanks to the latest revision of deposit protection limits, thought to come into effect at the end of January 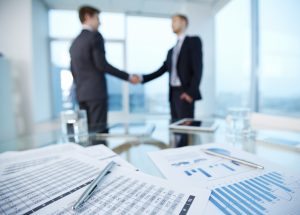 At the start of 2016, the maximum amount of a bank or building society deposit covered by the Financial Services Compensation Scheme (FSCS) was cut from £85,000 to £75,000. The reduction was a consequence of the review rules in the European Deposit Guarantee Schemes Directive (EDGSD). That Directive placed a minimum level of €100,000 (or the local currency equivalent) on deposit protection and requires non-Eurozone member states like the UK to reassess their cover level every five years in the light of prevailing exchange rates.

When the last review took place in summer 2015, the pound was trading around €1.40, so the Prudential Regulation Authority (PRA) had little choice but to lower the ceiling, although it did introduce transitional measures deferring the main impact until the end of the year.

In winter 2016, following the Brexit vote, the pound has fallen about a sixth and is trading at around €1.17. Although the next EDGSD review is not due until mid-2020, the PRA has taken advantage of a clause in the Directive to re-review the protection level. The Directive says that non-euro limits are to be adjusted “following unforeseen events such as currency fluctuations”.

The PRA has issued a consultation on plans to return the deposit protection ceiling to £85,000 from 30 January 2017. In practice the process is something of a formality – administrative details may change slightly, but the number and timing are very unlikely to alter.

The revision will make it marginally easier to protect large deposits. For example, to be fully covered at present, £165,000 needs to be spread across three separate deposit takers, whereas the new limit will cut the number required to two. However, if you are holding high levels of cash, now could be a good time to review with us whether you need to keep so much money on deposit. After all, the best instant access accounts now offer just 1% and many are paying less.