What can we expect from The Autumn Statement?


With the Autumn Statement not far away, what can we expect to see announced by the new Chancellor? 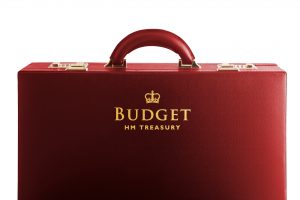 In the aftermath of Brexit when Philip Hammond succeeded George Osbourne, no action was taken. The immediate economic response was handled by Mark Carney and the Monetary Policy Committee at the Bank of England, which duly cut interest rates to 0.25% and announced £70bn more quantitative easing (QE) in early August.

Mr Hammond did say that he would consider a “fiscal reset” in the Autumn Statement if data available by then suggested it was necessary. We already know that the new Chancellor has abandoned his predecessor’s goal of a budget surplus by 2019/20, but beyond that what form a ‘reset’ could take is unclear.

The latest UK public finance figures show that government borrowing in the first five months of the year was £4.9bn below the level in 2015/16. Given that Mr Osborne’s spring Budget forecast represented a cut of £21bn from last year, it looks most unlikely his successor will reach next April on target. It is arguable that the higher than planned borrowing is effectively a “reset” in itself, leaving Mr Hammond little additional room for manoeuvre.

However, that might not prove to be the case. The “not just the privileged few” rhetoric of Theresa May has prompted some suggestions that her new Chancellor may take a different line on tax. For example, a more egalitarian approach to pensions could be to introduce the flat rate of contribution tax relief which Mr Osborne shied away from in March. Depending upon the rate chosen, such a move could also generate additional funds for the Treasury to use in boosting the economy, e.g. via spending on infrastructure and housing.

The Autumn Statement looks set to be the most important for some time and we’ll be covering the key outcomes on the day of the announcement and later in more detail. Follow us on social media and keep an eye on our news section for updates.

The Autumn Statement will take place on November 23rd 2016.